Pirates of the Caribbean

The Golden Age of Piracy and their sailing yachts. 1690-1720
Who were these men-Adventurers, entrepreneurs, Maritime gangsters, or terrorists…?
The booties taken were immense, their exploits legendary as well as devastating. The Caribbean, especially the Virgin Islands.-, became Pirate paradise.

The Golden Age of Piracy

Some 275 year ago, the Virgin Islands were the center of a vast piratical activity that extended over the Caribbean Sea and the entire sea lanes of the New World. 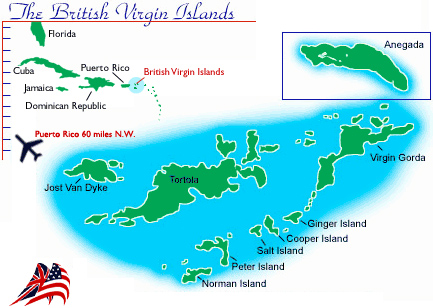 It was the Golden Age of Piracy, from about 1690 to 1720, a unique era that lasted only thirty years or so. Shipping was plundered to the point where the normal commerce of most major countries was seriously threatened and their treasuries came close to bankruptcy. Spanish, French, British, Dutch – it made no difference what flag a vessel sailed under, but Virgin Island Sailing came to the forefront. The pirates turned their energies and vengeance against all men and countries, and every sailing yacht was fair game. The booties taken were immense, their exploits legendary and devastating. They performed astounding feats of navigation, seamanship and warfare, ferocious deeds of violence and cruelties …and incredible personal gluttonies, the entire Caribbean and Virgin Islands were their sailing playground.

These were men who chose romantic danger over safe boredom, men who were capable of being cruel, but seldom cowardly, who possessed a temperament much more comfortable with pirating than with legal commerce, with poaching than with ordinary hunting. Socially condoned practices lacked spice. The Caribbean … and especially the Virgin Islands … became a pirate paradise. Who were these men, why did they suddenly devour the sea lanes, how did they survive the organized world navies?

It was a particular and peculiar time in history that allowed and motivated their energies to be siphoned off in piracy and lust rather than more proper endeavors. Today we enjoy these same routes with power yacht charters, Sailing vacations, Caribbean cruises, we call sailboat charters, on board a private yacht charter crewed yacht.

In these disturbed years 1690-1720, a series of political and economic circumstances developed to lure thousands of desperate men into live of piracy , sailing the Caribbean sea. Most were English and American seamen, with a scattering of French, Scandinavian and other nationalities. By themselves, on board their vessels and in their island hideaways, the society of the pirates was governed only by a few rules which they chose for themselves. It was a basic, simple democracy that demanded justice and rights of the individual, with no allowance for tyranny or abuse of power. Although often crude and violent to enemies, they were abundantly generous to trusted friends and amorous ladies. Fellow crew members who had been disabled in combat were allowed to live on board for as long as they chose, or were given large bonuses of plunder to live comfortably ashore. Many a pirate with one eye gone, or missing an arm, or clomping around on a wooden pegleg became respectable businessmen – merchants, tavern keepers, even farmers.

Their lives and deeds are often cloaked in bloodcurdling tales and legends as no pirate ever kept a log or diary of his exploits. Just the truth about the crimes was published in 1724 and entitled A General History of the Most Notorious Pirates. Its author, Daniel Defoe, did not approve of the pirates he wrote about, saying, “They are like Mad Men that cast Fire-Brands, Poisoned Arrows, Wickedness and Death, and then say ‘Are we not Sports?’ and often die in agonies equal to their Villainies.” Yet Defoe tried to understand the pirates, and at times indicated admiration for these bold seafarers. “They were usually Brave Men,” he wrote, “and Wise Warriors, and Civilization is often led by Men no better. Under different Circumstances, they were capable of Decency, Dignity and Honorable Power”.

The names of the pirate leaders of the Golden Age are legendary: Kidd, Blackbeard, Every, Bonnet, Tew, Roberts, Wilmerding, Rackam, Stoeken. One great difficulty which confronts the pirate historian is the lack of interest shown by his subjects in recording their own deeds. The pirates carried no scribes aboard their vessels. The successful pirate, unlike the successful man in almost any other profession, did not crave notoriety, for obvious reasons. The pirate who escaped the cutlass or gallows preferred retirement into obscurity with his fortune and very few were ever induced, either by the need for money or the craving for fame, to write an autobiography. What is known of them comes from those who in one way or another escaped their clutches, from recollections of pardoned pirates and naval officers, from trial minutes to gallows confessions. The principal account – in some cases the only record – of the pirates was the work of a talented journalist of the day, who set himself the task of chronicling the Golden Age of Piracy just as it ended.

The Pirate's Rules of Conduct

There were seldom any stipulations governing shoreside conduct, but shipboard life required a few basic rules to preserve efficiency, unity, safety and welfare of a pirate company.

Whenever a man joined a pirate as crew he had to sign their articles, thus swearing allegiance over cutlass or brace of pistol to obey them. This was no Bahamas, Caribbean sailing vacation as we know it today! Although each sip varied with rules of conduct, the follow is pretty standard set of pirate rules for order and conduct when on board.

Every man shall have an equal vote in all affairs of the moment. He shall have an equal title to the fresh provisions and strong liquor at any time seized and shall use them at pleasure unless a scarcity may make it necessary for the common good that a retrenchment may be voted.

Every man shall be called fair in turn by the list on board for distribution of prizes. Over and above their proper share, they are allowed to shift of clothes and incidentals. But if they defraud their fellow mates of even one shilling in plate, jewels, gold, or money, they shall be unmercifully marooned. If any man rob’s another in his company, he shall have his nose slit and his ears severed, then put ashore under conditions of severe hardship.

On board the ship none shall game for money, either with dice or with cards.

Each man shall keep his piece, cutlass and pistols at all times clean and ready for action.

No Boy or woman to be allowed on board except on special social occasions, such as socials. If any man shall be found carrying any of the latter sex to sea in disguise for purpose of selfish lust and seduction, he shall suffer severance of his organ.

He that shall desert the ship or his quarters, or exhibit cowardice in time of Battle shall be punished by death.

shall strike another when on board the ship, but everyman’s quarrel shall be settled on shore by sword or pistol in the proper manner of a gentleman's duel.

Any man who shall become a cripple or loose a limb in his service shall receive 800 pieces-of-eight from the common treasury, and proportional amounts for lesser hurts.

The captain and the quartermaster shall each receive 2 shares of a prize, the master gunner and bosun, each one and a half shares, all other officers one and a quarter shares, and private, of gentlemen of fortune as well as adventures shall enjoy one full share each.

The musions shall have the right to rest on the Sabbath day if they so wish, except in the circumstances where an engagement is in progress, or a social is in progress.